ASBURY PARK VIBES: NO MEN PROVE THAT THEY ARE MORE THAN AN OPENING BAND! 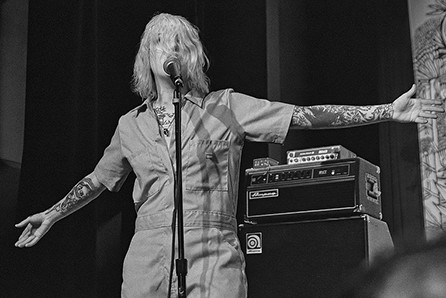 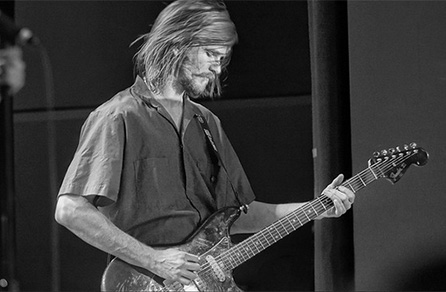 Bits of thoughts and photos by Douglass Dresher
Read article at www.asburyparkvibes.com

One of the great aspects of seeing popular bands play is the opportunity to see the opening bands as well. Better than relying on Spotify for recommendations, one of the levels of trust a fan can have with a headline act is the band’s ability to pick a good opener.

Such an event took place at the Screaming Females show on Saturday at White Eagle Hall, in Jersey City New Jersey.

I have never heard of No Men before that evening. This three-piece from Chicago via Texas, and representing themselves as the opposite of a “Yes Men” offered their set with a full-throated, full-volume, confident, and sustained set of high energy percussive punch. Pursley (vocals, drums), DB (bass), and Eric H. (drums), produce their guttural, no guitar sound. I would argue, however, that the “bass” which is a Fender VII, is a six-string bass/guitar which looks like a bigger version of a Fender Jaguar. So while it may be a “bass,” DB played it more like a percussive style guitar tuned an octave lower than a standard guitar. But that is just me being a gear geek.

The band’s sound reminds me of a mix of the old NYC “No Wave” music scene mixed with the vocals of Kristin Hersh via a more percussive version of 50 Foot Wave… you are welcome to disagree.

Their music is a low-end aggressive punch in the gut, heavy, super-heavy, and extra super heavy rumble. Their latest release is, ‘Hell Was Full So We Came Back’ on Let’s Pretend Records. Their first release was, “Dear God, Bring the Doom.”

A note on the performance – wow! But please God – can we have more than just the standard red stage light!!!!!