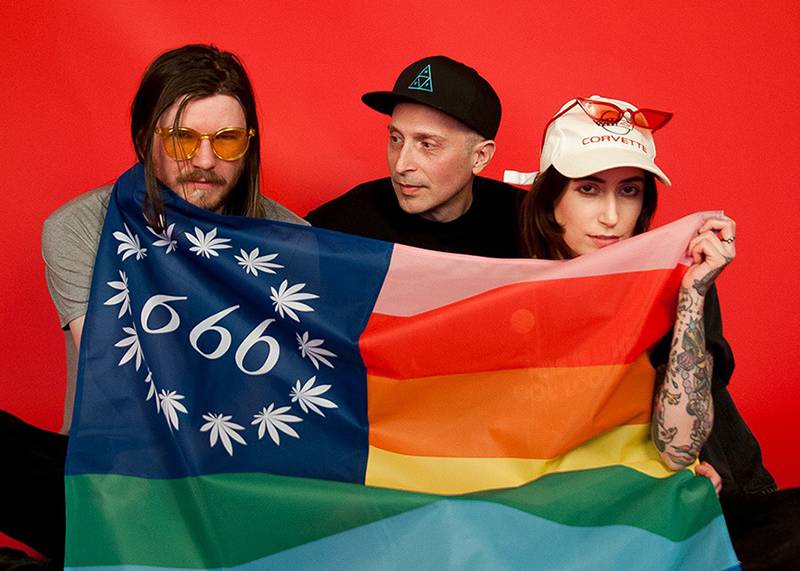 The band name of aggressive and exciting Chicago outfit No Men refers to the opposite of “yes men” rather than throwing down a “misandrist” gauntlet—though their abundantly queer and confrontational approach suggests they’re totally fine with weeding out the MRA-type “Red Pillers” and wearers of red hats. After relocating here from Austin in 2014, singer-percussionist Pursley and guitarist DB joined forces with drummer Eric Hofmeister and got down to the business of building a fierce sound through constant gigging. I caught them in the summer of 2017 on a bill with Lydia Lunch Retrovirus and was knocked off my feet by their raw and furious, yet witty and danceable melange of punk, no wave, and hard rock. Their full-length debut, Dear God, Bring the Doom (Geilig), released on cassette in fall 2017, captures that fury; recorded in just two days, it consists of short, efficient, satisfying, eloquent musical snapshots. No Men have also released a Halloween single and some glorious videos—especially the metallic “Stay Dumb,” an homage to classic cult horror films including Psycho and Suspiria.